Four D-Day veterans will be visiting Guernsey in commemoration and celebration of the Island’s Liberation in May 1945.

Alberto Joseph Cattini (Joe) served with the Royal Artillery for five years from 1941. At Normandy, he was a Bombardier in the 86th Field Regiment RA of the Hertfordshire Yeomanry, initially involved in the action at Ver sur Mer.

Joining Joe is Bob Laverty who served with the Liverpool King’s Regt & Royal Scots Fusiliers from 1943 to 1947 in the 9th Kings Regiment, 5th A Battery South Staffordshire Regiment and the 11th Royal Scots Fusiliers. Bob landed after D-Day and was part of the advance towards Caen and later through the Bocage region.

John Dennett served with the Royal Navy. After volunteering under-age, John’s wartime efforts began with crossing the Atlantic in December 1942 on the Cunard Liner, Queen Elizabeth. He was a Royal Navy gunner, taking part in every major beach assault of the War. On D-Day, John took part in the initial dawn assault on Sword Beach, offloading tanks and trucks.

John (Jack) Quinn joined the Home Guard at the age of 16 and went on to serve with the Royal Marines in 1942. Jack served on HMS Royal Sovereign on convoy duty, before then transferring to ‘Amphibious’. On D-Day, Jack departed Southampton on 4 June, then lowered boats on 5, offshore Gold Beach. Jack was later withdrawn and sent to the Channel Islands, mainly Guernsey, where his team were tasked to clean up military defences and take prisoners.

Each of the visiting veterans remain active in educating members of the public on the history of WWII. The veterans are part of a charity called D-Day Revisited, whose main objective is to fund and organise pilgrimages which give veterans of the Normandy campaign an opportunity to revisit the beaches and surrounding areas where they fought and pay tribute to the friends they left behind in 1944.

The veterans will attend the Liberation Military Parade, the Church Service and the Specsavers Tea Dance on Liberation Day followed by a visit to Sark on May 10th.

Deputy Sue Aldwell, Committee for Education, Sport and Culture, said: ‘It’s a privilege to welcome our visiting veterans to the island to be part of our historic celebrations this weekend. It’s important to pay tribute and celebrate surviving veterans like Joe, Bob, John and John as they continue to educate our younger generation on the days of the occupation.’

Further information on the four veterans can be found on D-Day Revisited website: d- dayrevisited.co.uk.

Read more about each veteran here. 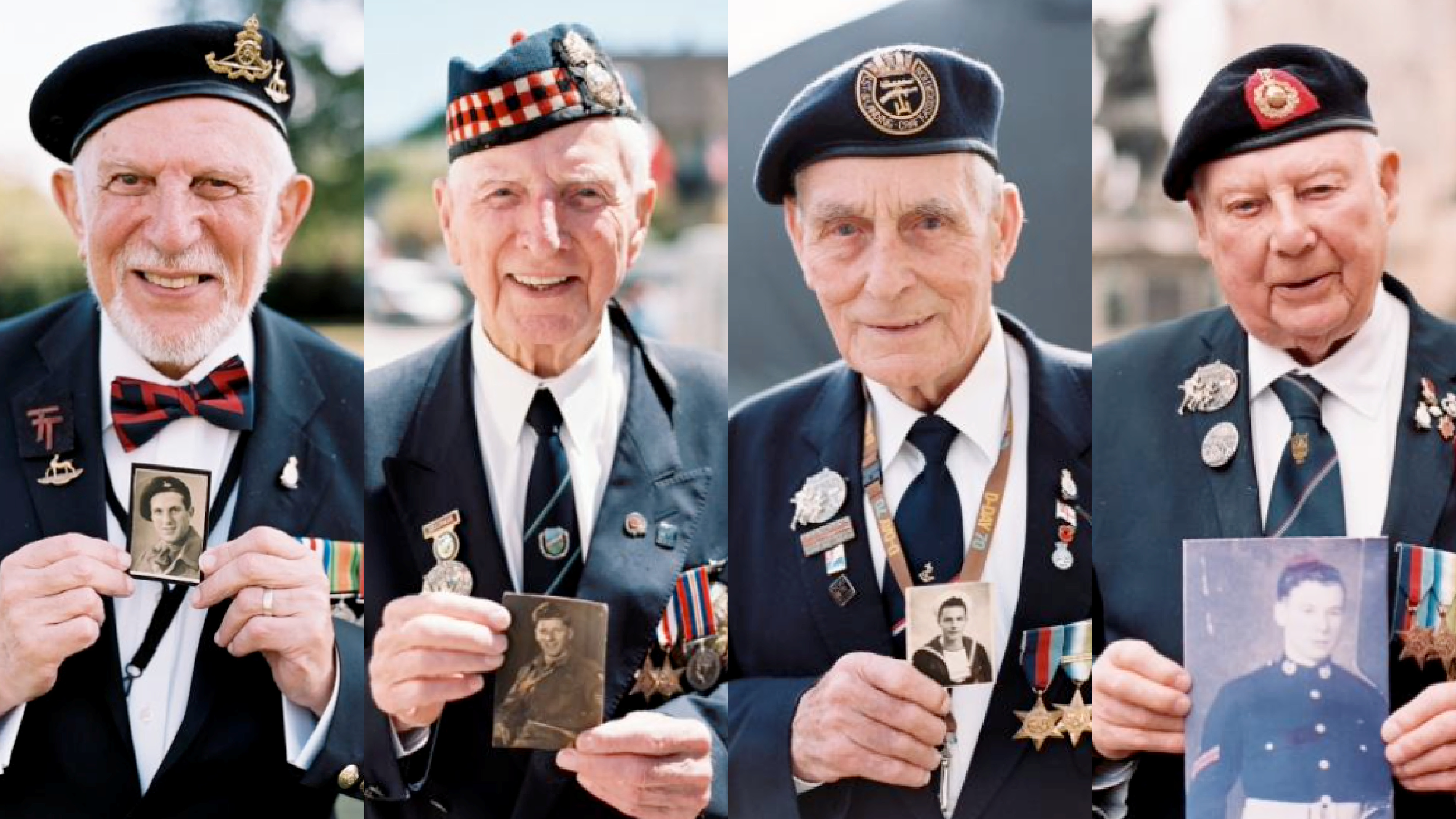